Lord, Have You Forsaken Me?: My Testimony 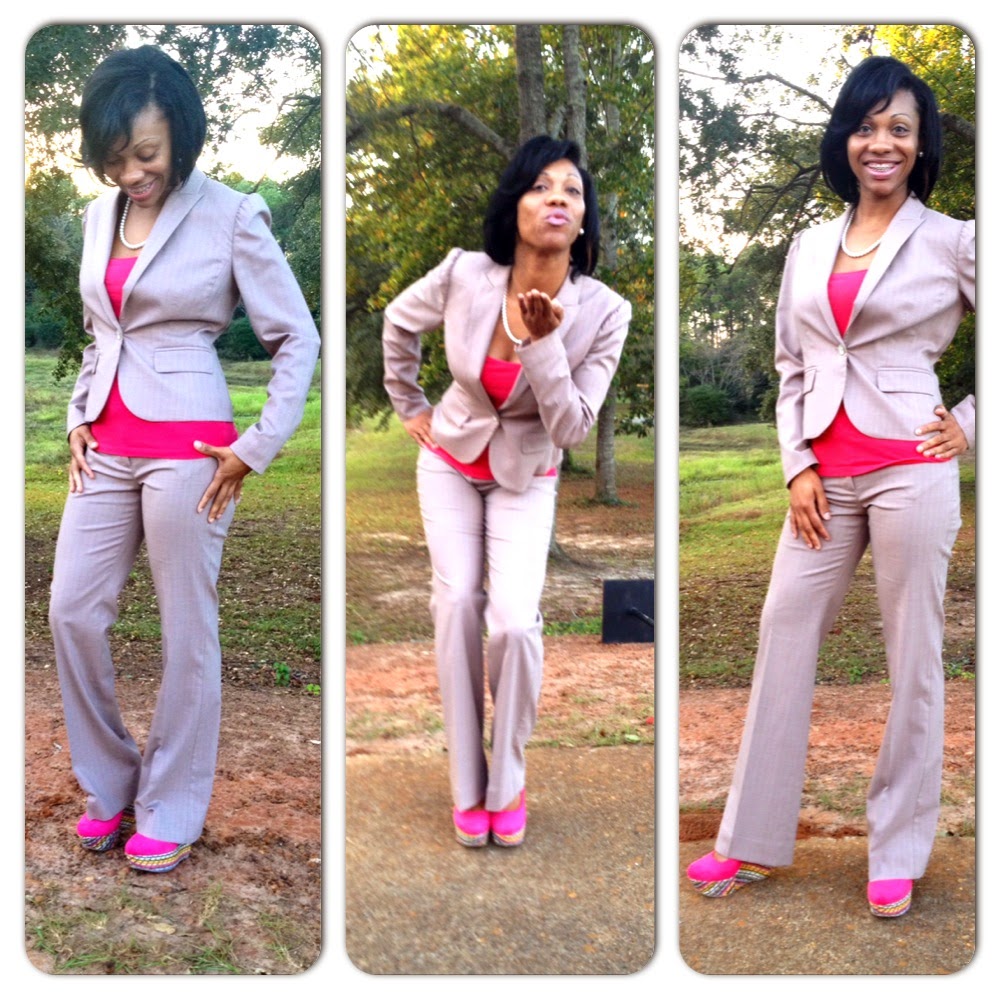 At the grand age of 30, I sit back and look at my life and I am simply intrigued that I am even here, nestled in the Father’s arms, a safe haven that I can now call home. Arms that I ran from and avoided when all along, I knew with God is where I belonged, but I fought and I fought hard for over 13 years until finally, I conceded, but go back with me to the age of four if you will to where my life began (at least in my eyes and where I can recall):

I can't say that I had a grand childhood. I won't lie. This testimony used to have a gory introduction but I deleted it because I have forgiven that person and I realized that when I initially wrote this testimony I was angry and wanting to unleash hurt and paint certain individuals into a negative and morose light. I am spiritually mature now and I realize that my childhood hurts should not dictate my adulthood behavior and decisions. I had to forgive and a part of forgiveness is releasing the person and understanding that what happened, happened and because God allowed me to live through it reveals my life has purpose and I can help others who endured what I did.

Fast forward to the age of 17. I was ready for the world. I was supposed to love myself. But how could I? That’s easy, I didn’t. I had no blue print on how to be a woman of morals, pride, esteem, nor value. I had NO self-worth.

At the age of 17, a friend invited me to her church and  I learned about the man I only knew in name – Jesus. This saviour who never saved me or had He?!? After two months of visiting church, I gave my life to Christ and after eight months, God whispered in my ear during service, “Surrender, MiMi. Let go of this world. You are called to evangelize. Write a book to share your story. Help younger girls. Mentor them. Do my works, my child.” I laughed at God as Sarah did (Genesis 18:12) and went about my life. I was on the verge of being 18; I had much partying, clubbing, and dating to do. Holiness was far from my agenda. I felt God never cared as a child so why should I listen to him as an almost adult.

At 18, I left the house of HELL! I walked away and never looked back. I was so distraught that I considered suicide because I felt so alone. I got in my car and just started driving  despite crying, until I got to a building (which turned out to be the church I now attend) and saw three signs: HOPE, LOVE, and JOY! I closed my eyes and started walking and prayed that I would land on the steps of “LOVE” and miraculously God would send someone to love me. I ended up on the steps of HOPE. I took that as a sign from God to persevere. I chose life instead of death and I picked up my slumbered  body and began living. I found an apartment and went to college where I majored in education.

From 18-26, I was a train wreck. I was sexually active and  succumbed to a lifestyle of sexual impurity. I did not care who I used or hurt, I just wanted my way. At the age of 20, I reunited with my high school sweetheart, Daniel and he drew me closer to Christ and we began to go to church together but still led a sinful lifestyle which led me to become an unwed mother. I was madly in love with Daniel, but he left me when I was pregnant because he did not want to be a father. I was alone and desolate in a big world with a big belly to bare my shame. Again, I wanted to die but God told me to live because in my womb, I carried a divine gift (think Genesis here again with the “birth of many nations”).

I lived in the projects, struggling to finish my college degree while Daniel was off dating some other girl. I admit Daniel jaded me a lot. He was the first person besides my dad to show me love and for him to leave me when I needed him most, pierced my very soul. But that is an understatement because I felt like someone gutted me, actually. To make a long story short, Daniel only saw our daughter once (when she was 5 months) and this is when the testimony turns into sorrow:

On November 1, 2006, I got the WORST phone call ever. Daniel had DIED! He was a pilot and his plane had engine failure and it crashed and burned. I WAS DEVASTATED. All the anger, bitterness, and hatred left my body as I fell to the floor and cried out to God, “WHY? WHY ME? I graduate from college in a month and I need to focus. I JUST GIVE UP, GOD! WHAT’S NEXT? I GET ABUSED FOR 18 YEARS OF MY LIFE, I FIND LOVE AND HE LEAVES ME, NOW I AM ALMOST THERE IN MY LIFE AND HE DIES! WHEN WILL SOMEONE STAY AND NOT LEAVE ME? WHO WILL LOVE ME FOREVER, GOD? WHOOO??” I asked in tears. God responded, “I WILL LOVE YOU. JUST TAKE MY HAND AND I WILL GUIDE YOU!” I rolled my eyes in disgust and sobbed into the pillow the entire night.

At the age of two, my daughter met her family for the first time at her father’s funeral. I was so humiliated and embarrassed because what I failed to tell you was this: DANIEL WAS ITALIAN and I AM BLACK. His family did not want us together because of OUR SKIN COLOR. So here I am, an abused child, living as a woman and ousted by the man I love because he could not defend me and his child. What more could a person go through?

Years passed, I healed and I even got married in 2010. That marriage was a disaster waiting to happen and we divorced in 2011. I realized then that I COULD NOT and was not CAPABLE of loving anyone until I learned to love myself. Daniel had taken my heart to the grave or so I thought….

On January 2, 2012 (my 30th birthday), I was leaving BAR ONE in Atlanta. I was on the Interstate headed east to my hotel when all of a sudden I realized my exit was coming and I could barely see it approaching even though I had on my contacts. My car skidded off the road and I was headed for several trees. I knew if I did not turn my car, I was going to die. I was scared and trembling but I veered to the left and my car halted on the side of the road with a major flat tire. My life was sparred and right then I conceded to Christ. I was tired of fighting and resisting such a loving God. I opened my arms and allowed God to take His rightful place in my life and heart.

Weeks later, Daniel appeared to me in a vision and told me to NEVER regret my decision and to, “Go with God!” I smiled because when we were at our best, he would always tell me that. He also gave me permission to let him go and to love again. He said I had held on to him for too long and since he could not return to me in the flesh, I needed to let go and love another again. As tears streamed down my face, I reached out to him only to wake up and see darkness.

For the first time, I felt free on all ends. Free to love and to accept God. That was six months ago and today I stand proud as a child of God who has endured the storms of life but I know God was always with me. I was created to be an evangelist, missionary, and work with youth. And no matter what I did, I could not run from what God wanted me to do. My life’s triumphs and struggles led me to where I am today: I am a teacher, writer, and speaker. And most importantly, I am His. Years ago, I told God, “NO!” Today, I proudly say, “YES, GOD! I am YOUR CHILD! I WILL OBEY YOU! I WALK INTO MY CALLING: I WILL BE AN EVANGELIST!”

Thankfully, on September 25, 2006, Daniel called me and talked to our daughter – a mere month and a week before he died. I forgave him, as well. Since then, I have been hurt by many others and I forgave them. I don’t know how to hate or hold grudges. It’s not in me and I am grateful God made me that way. God created me to love and give and I will do that until life leaves me.

Updated: December 2016
Presently, I am letting God have His way in me. I have four college degrees, but I focus more on my spiritual gifts. God has qualified me with many gifts because I am a willing vessel.I moved to the Greater Metro Atlanta area in June 2015 and  I quit teaching May 2016.  I own my on publishing company and I home school my daughter. I am now writing fiction. . I teach women's Bible studies. As a practicing minimalist, I travel the world as a motivational speaker inspiring people about the luxury of less and to stop chasing the American Dream and start chasing their own. I am CEO of Parisny (website coming soon) and Glitter Moon Press. I stopped running from God. I now speak at youth and women's conferences across the US or any place I can about God's grace and mercy. I just released three eBooks on how to become an entrepreneur. I am currently writing four fiction novels. My debut romance novel 3627 launches to the world on February 14, 2017 (it's available for pre-order now) You can purchase the eBook version or a signed version - both books releases on February 14, 2017.  I took my first trip missions trip to Haiti in June. I also traveled to Paris, France; Brussels Belgium; and Istanbul, Turkey. When I returned, I took my daughter to five states in five days: New York, Delaware, Maryland, Washington, DC, and Philadelphia.

No matter what I do, you can rest assured that I will always choose God's will and way for my life. And everywhere I go, I will be loving Jesus and sharing the Gospel and unconditional love with the nations. 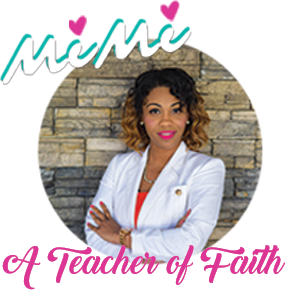